Thank you so much to Life Art Notes and Reflections on Life Thus Far for nominating me for the One Lovely Blog Award- really LOVELY of you. Thank you very much!! Always LOVELY to get an award. Do you see what I did there? 🙂

OK enough of the poor attempts at humour, here are the rules for acceptance:

These are the rules:

1. Display the award logo on your blog,
2. Link back to the person who nominated you,
3. State seven things about yourself,
4. Nominate fifteen other bloggers for this award and link to them,
5. Notify those bloggers of the nomination and the award’s requirements.

Seven Things About Me:

2. I’m currently addicted to The Big Bang Theory- reminds me of my geeky uni days.

4. I think the best therapy for mental health issues would be to go and play with puppies for an hour.

5. I’m looking forward to Christmas just as an opportunity to watch Elf, Santa Claus: The Movie, Home Alone and The Polar Express again.

6. In previous jobs I’ve had a strange compulsion to sing to all the songs on the radio that I know- I can never stop. I’m sure it’s terribly annoying!

7. I’ve currently taken up Zumba- 20 min sessions at home to the DVDs. It isn’t for long, but it’s enough to make a difference to my fitness levels. Quite fun!

2. How Do You Eat An Elephant? 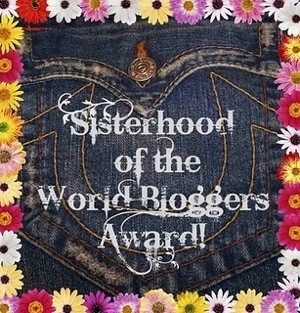 Thank you so much Summer Moon for nominating me for the Sisterhood of the World Blogger’s Award. I like this title- great to be thought of as part of a Sisterhood!

Summer Moon’s website- My Bipolar Bubble is one of my favourite Bipolar blogs. Summer is a talented writer and has great insight and awareness into her condition. I personally find her blog posts extremely relatable. She also offers wonderful supportive comments on my blog. Please check out My Bipolar Bubble.

Pass the award to other bloggers and let them know of their nomination.

Include the logo of the award in your post or on your blog.

Oh no, I have to think of seven more things about me! (Secretly I love it- who doesn’t like talking about themselves?!)

Nominees for The Sisterhood of the World Bloggers Award:

I’m gonna stick with Bipolar bloggers because we form a Bipolar Sisterhood!

Boo from Time Out in the Giggle House

Sandy Sue from A Mind Divided

Angel from The Mirth of Despair

Dorothy From I Love Being Hypomanic 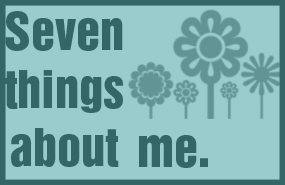 3. Nominate other bloggers you think deserve the award, and post on their blog to let them know they’ve been nominated.

I nominate the lovely:

Boo at Time Out in the Giggle House

Graham at The Bipolar Place

Don’t know if I can think of 7 interesting things to tell you! I could try 7 boring things? Oh no, wait I know-I’ll do a topical Olympic Special!! GENIUS!!

1. I’m excited that the Olympics is starting officially today- basically because I LOVE women’s arthritic ahem- I mean artistic- gymnastics so will be glued to my screen for a few days and imagine myself jumping around in a leotard with them! (Probably not a very pretty site.)

2. We did apply for tickets for the gymnastics and athletics but were unsuccessful. BOOOOOO!!!!!! Stupid sponsors and corporate big wigs who don’t give a flying fudge for women’s gymnastics will be going instead: even BIGGER BOOOOO!!!! They probably don’t even know who Beth Tweddle!!! I KNOW!!

3. I will also be watching the equestrianininismmm- love a good three-day event, and the 100m and 200m finals because it’s tradition (and also because they only last 10 seconds but will be talked about for ages in the media- very little effort for a lot of current affair awareness: I’m a genius!).

4. Mainly I hate sport though, but have mastered the art of looking interested when Chris is watching the footy and chiming in with a well-timed “Come on Rooney!” or “What you playing at Balotelli!”. Secretly I’ll be way more engrossed in posting to you lovely people and reading your blogs, but I still get points with the boyfriend.

5. If I could do any Olympic event (after years of training as a child prodigy of course) it would be artistic gymnastics where I would be champion of the floor and beam. Either that or Figure Skating in the Winter Olympics which I also love.

6. If I could make up an Olympic Event it would be sleeping- I’d definitely get gold and I could retain my title every four years until I was dead! No retiring due to injury either!

7. The funniest Olympic event is Curling- when they sweep furiously on the ice, it just tickles my funny bone!